Showing the World That Jamaican Fashion Is More Than Just Beachwear

Not all of the fashion designers in the world are operating out of Paris, Milan, and New York City. Some of the edgiest and most talented individuals crafting the hottest garments are found in unexpected places.The tropical island of Jamaica boasts a number of world-class fashion experts that are creating garments that are being worn well beyond the Caribbean.

Dominique Auxilly may be Brooklyn-raised, but it is her Jamaican roots that she turns to for her creative flair. Auxilly is known for her elegant evening wear, custom cocktail dresses, and signature ruffles. The designer has happily stated one of her biggest design inspirations from the start has been Marilyn Monroe but her work offers much more than just classic Hollywood elegance. Today, many stars are inspired to wear Auxilly's creations including Kelly Rowland, Nicky Minaj, and Eve, and many of those appearances have been on the red carpet.

Samantha Black is a Jamaican-American that initially drew attention to her talent by appearing on Project Runway and Project Runway All Stars. Her work is colorful, edgy, and bold and causes a stir whenever it is on display. A recent fashion show for the popular designer drew guests like singer Wynter Gordon, stylist Ty Hunter, and model Sessilee Lopez. The excitement around a single show highlighting her work proves that this is a designer that will not easily fade into the background.

Ayanna Dixon of ASD Clothing understands the competitiveness of the Caribbean fashion industry. Not one to stand idly by and wait for attention, the designer once used her birthday as an excuse to throw an exhibition of her design illustrations. Her clothing is whimsical, ready-to-wear, innovative, and popular with people of all ages and income ranges. One of her most visible projects thus far has been in designing swimsuits for Miss Jamaica Universe 2010, Yendi Phillipps. The former model was apparently destined to be a designer. Her mother is a trained textile designer and her father is an architect.

Many designers from countries around the world produce lines of Jamaican-inspired designs. This almost always means bold beach-ready wear in shades of red, yellow, and green. True Caribbean designers produce much more than these stereotypical items. Elegant evening wear, funky club wear, and casual outfits perfect for running errands are additional items added to many Jamaican designer shows. Of course, Jamaican designers also frequently give a nod to their heritage and their island with a few swimsuits and stylish beach and pool-side ensembles as well.

To see some of these Jamaican fashion designs, check out retailers like Leaford Collections. 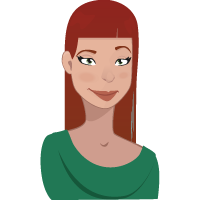 For the past few years, I’ve been steadily saving money for my dream home. One of the ways I’ve learned to cut back on expenses is to wear a few classic clothing staples all year round. As winter slowly comes to an end, I will be excitedly looking for ways to repurpose my winter wardrobe. One idea is to take a winter vest and wear it over a white t-shirt during the spring and summer months. Some vests can even be worn as sleeveless blouses when the weather is hot outside. Some types of boots, such as western ones, look amazing when paired with floral summer dresses. On this blog, you will learn many tips concerning how to seamlessly transition your winter clothing staples into spring and summer mainstays. Enjoy!

Read in about 3 Minutes